Tuesday’s move by India came after two Indian High Commission staffers were detained by Pakistani authorities for several hours on June 15, and released only after New Delhi lodged a protest. (File Photo)

India on Tuesday asked Pakistan to reduce the strength of its High Commission in New Delhi by half, and said it would do the same at its own mission in Islamabad within a week.

The last time a 50 per cent downgrade of the two High Commissions took place was in December 2001. Following the terrorist attack on Parliament, then External Affairs Minister Jaswant Singh had asked for the reduction in strength to be completed within 48 hours.

Tuesday’s move by India came after two Indian High Commission staffers were detained by Pakistani authorities for several hours on June 15, and released only after New Delhi lodged a protest.

Ten months ago, Pakistan had downgraded bilateral ties after India revoked the special status of Jammu and Kashmir under Article 370. 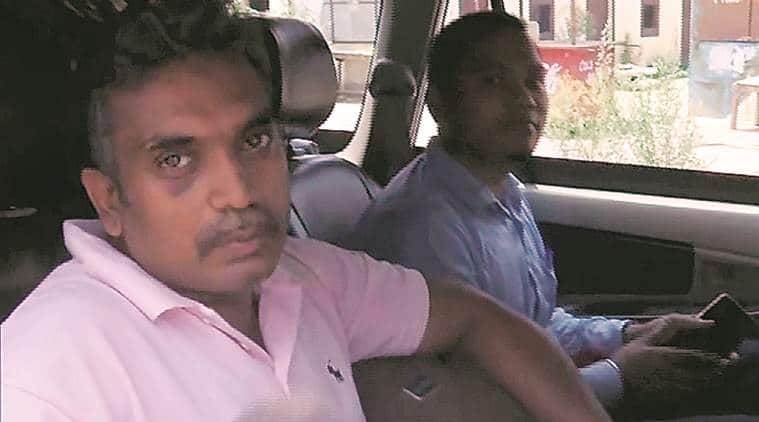 Officials of Indian mission in Pakistan who returned on Monday. (Source ANI)

India had retaliated, and both countries had withdrawn their High Commissioners. Tuesday’s decision, conveyed to the Acting High Commissioner of Pakistan who was summoned to the Ministry of External Affairs (MEA), downgraded the relationship further.

According to the bilateral understanding, India and Pakistan have 110 diplomats and staffers each in their High Commissions in the other country. This number will now come down to 55 in each capital.

In a statement, the MEA said: “The Charge d’ Affaires of Pakistan was summoned today to the Ministry of External Affairs and informed that India had repeatedly expressed concern about the activities of officials of his High Commission.

“They have been engaged in acts of espionage and maintained dealings with terrorist organizations. The activities of the two officials caught red-handed and expelled on 31 May 2020 was one example in that regard.”

The statement added that Pakistan has also “engaged in a sustained campaign to intimidate the officials of the Indian High Commission in Islamabad from carrying on their legitimate diplomatic functions”, and the “recent abduction at gunpoint of two Indian officials and their severe ill treatment” is a case in point.

“These officials who have returned to India on 22 June 2020 have provided graphic details of the barbaric treatment that they experienced at the hands of Pakistani agencies,” the statement said.

“The behaviour of Pakistan and its officials is not in conformity with the Vienna Convention and bilateral agreements on the treatment of diplomatic and consular officials. On the contrary, it is an intrinsic element of a larger policy of supporting cross-border violence and terrorism.

“Therefore, the Government of India has taken the decision to reduce the staff strength in the Pakistan High Commission in New Delhi by 50%. It would reciprocally reduce its own presence in Islamabad to the same proportion. This decision, which is to be implemented in seven days, was conveyed to the Pakistani Charge d’Affaires,” the MEA said.

In Islamabad, the Pakistani Foreign Ministry said it “categorically rejected and strongly condemned the baseless allegations made by the Indian Ministry of External Affairs as a pretext to seek 50% reduction in the staff strength of the High Commission for Pakistan in New Delhi”.

Pakistan said it “completely dismisses allegations of any violation of the Vienna Convention”, and denied India’s allegations of intimidation of Indian High Commission officials in Islamabad.

“The Indian Government’s smear campaign against Pakistan cannot obfuscate the illegal activities in which the Indian High Commission officials were found involved in. The MEA’s statement is another effort to distort facts and deny the culpability of these Indian High Commission officials in criminal offences,” the Foreign Ministry said in a statement.

PDP chief Mehbooba Mufti released after over a year in detention, demands other prisoners...

10 things you need to know this morning in Australia