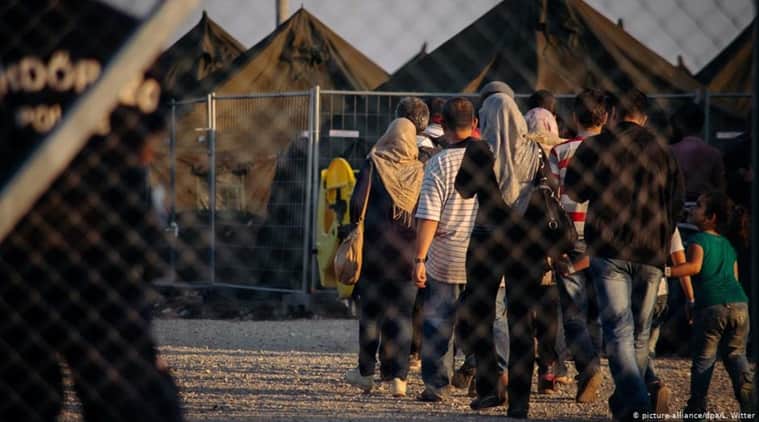 “Asylum-seekers accommodated there are physically cut off from the outside world and forced to live in a situation of isolation,” Pikamae said. (DW)

The European Court of Justice (ECJ) on Thursday ruled that asylum-seekers at a Hungarian border camp near the Serbian border were being held in unlawful detention under EU law, siding with last month’s opinion of the court’s advocate general.

The conditions prevailing in the Roszke transit zone amount to a deprivation of liberty,” said the court. “The persons concerned cannot lawfully leave that zone of their own free will in any direction whatsoever.”

The case was brought by four migrants from Iran and Afghanistan. Their asylum applications were rejected by Hungarian authorities, who argued that the asylum-seekers entered illegally from Serbia, which they regard as a safe country of transit. As such, they should claim asylum in Serbia.

However, Serbia refused to take them back, saying it does not share an agreement with Hungary on the transfer of people who had entered the EU country illegally. That effectively left them in limbo after Hungarian authorities refused to reconsider their application.

‘Cut off from the outside world’

ECJ Advocate General Priit Pikamae last month argued that due to Serbia’s refusal to take them back, it was up to Hungary to resume “the procedure to examine the substance of their initial asylum request instead of returning them to their country of origin.”

He also criticized the conditions under which they were held, saying it amounted to “unlawful detention” due to the “high degree of restriction of the freedom of movement.”

Read more: Asylum applications in EU drop by 43% due to coronavirus restrictions

“Asylum-seekers accommodated there are physically cut off from the outside world and forced to live in a situation of isolation,” Pikamae said.

The Hungarian government, led by Prime Minister Viktor Orban, has come under European pressure over its treatment of refugees.

During the 2015 migration crisis, Orban ordered the construction of a border fence to prevent asylum-seekers from entering through Serbia via the so-called Balkan route.

That year, Human Rights Watch described the conditions at the Roszke border camp, where the claimants are held, as “filthy” and “overcrowded” with detainees “hungry, and lacking medical care.”

More than 1 million irregular migrants entered the EU in 2015, many of them fleeing war and extreme poverty in the Middle East, Africa and Asia.

Covid: How will I get a coronavirus vaccine?

Covid: Explaining the effect of the pandemic for young carers