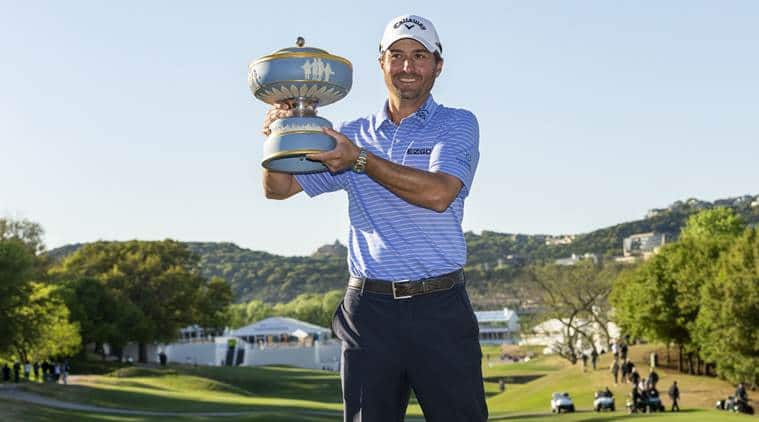 Kevin Kisner shrugged off his bridesmaid’s tag by beating Matt Kuchar in the final of the WGC-Dell Technologies Match Play in Texas on Sunday.

A year after losing the decider to Bubba Watson, 48th seed Kisner proved too good for Kuchar, never trailing in a scrappy all-American final in which birdies proved elusive at Austin Country Club.

“I don’t think either one of us played our best golf but I drove it great all week,” Kisner said after prevailing 3&2 for his third win on the PGA Tour. He has finished runner-up eight times.

“It was gruelling, and the winds were tough. Overall it was a long week but I prevailed and am a world golf champion.”

In the semi-finals on Sunday morning, Kisner upset Molinari 1-up, while Kuchar won by the same margin over Bjerregaard.

Kisner learned from last year the importance of relaxing in the hour between the end of the morning semi-final and the start of the final, having been too “amped up” last year.

“I felt like I rushed around to get ready to play in the second match,” he said of his 2018 experience.

“I think that greatly helped my mental side of the game as much as anything. I wasn’t overhyped for it and just tried to go play a casual round of golf.”

“I know Matt didn’t play well today. Him making only two birdies the entire day is unlike him and he gave more bogeys than I’ve ever seen.”

Kuchar for his part acknowledged that his best golf deserted him in the final.

“It’s tough to maintain the high level of play the entire tournament,” said the runner-up.

“I gave too many holes away. I knew against Kisner I couldn’t do it, and he just plodded along and played good, steady golf, and let me make mistakes.”

Kisner, who now jumps from 50th to 25th in the world rankings, is the first player to win the championship after losing his opening match.

Kisner went down to Ian Poulter on Wednesday, but bounced back to beat Tony Finau and Keith Mitchell in the round-robin phase and progress out of his group.

Amber Heard: Johnny Depp threatened to kill me many times

Scott Morrison’s COVID-19 vaccine deal isn’t all it’s cracked up to be, according to...