With the country slowly opening up after an extended lockdown, bumper-to-bumper traffic has, again, become commonplace. Which is why having an automatic gearbox-equipped car makes a lot of sense. If you are looking for a proper three-box sedan with an automatic on a ₹10 lakh (ex-showroom) budget, these are your options right now.

Tata rolled out a facelift for the Tigor at the start of 2020, bringing a fresh design and a BS-VI-compliant petrol engine. As before, the 1.2-litre petrol unit can be had with manual and AMT options. The AMT unit is good but not great. However, the Tigor AMT’s value proposition makes the compact sedan very tempting. Of the three engine options available on the Aura, namely a 1.0 turbo-petrol, 1.2 petrol and 1.2 diesel, the latter two can be had with AMT automatic gearboxes. Hyundai’s AMT unit works well enough but does get caught out every now and then. Interestingly, in diesel-AMT form, the Hyundai Aura is the most fuel-efficient diesel car on sale in India. Sadly, you have to compromise on a few features as the automatics are not available in top-spec form.

Maruti’s compact sedan has recently been refreshed and now comes with a more powerful but also more frugal 1.2-litre K12N petrol engine. The new engine makes the Maruti Dzire the most efficient petrol car in India, when the engine is paired with the AMT gearbox. Compared to its rivals, the Dzire is on the pricey side, but it does come with ample cabin space and a good amount of kit. 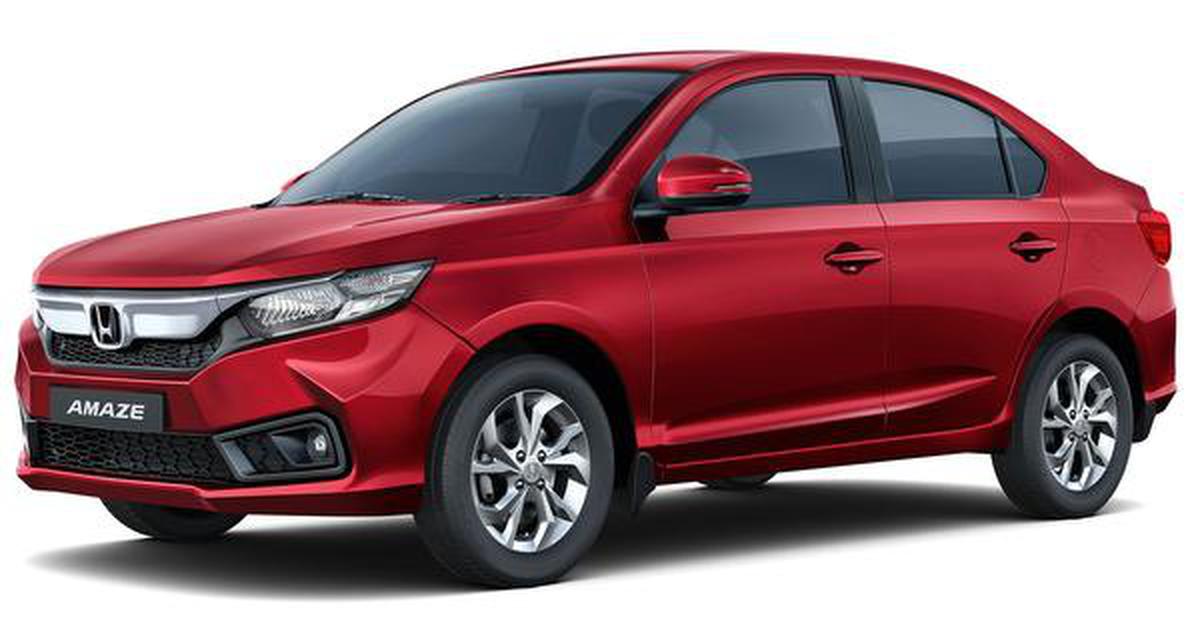 The Honda Amaze is unique in India by virtue of offering a CVT automatic option for both petrol and diesel versions. The CVT units work well with both engines, and keen drivers will like the paddleshifters offered on the petrol version. The convenience (and economy) of the CVTs aside, we’d recommend the Amaze for its roomy cabin.

Toyota’s Yaris is the only other mid-size sedan with an automatic that comes within a ₹10 lakh budget. The Yaris’ engine is good enough for the city but feels out of depth on the highway; its CVT gearbox is nice if driven in an unhurried manner. Although the Yaris gets segment-leading safety kit, it is underwhelming in a lot of aspects.

The value pick among mid-size sedans, the Maruti Suzuki Ciaz is also one of only two models from the segment with an automatic version that’s priced under ₹10 lakh. The Ciaz’s 4-speed torque converter automatic might seem prehistoric but it’s fine for city use. As it is, Suzuki’s 1.5-litre petrol mild-hybrid powertrain is not one to get your pulse racing. The Ciaz does impress for its space and efficiency.

You have reached your limit for free articles this month.

Find mobile-friendly version of articles from the day’s newspaper in one easy-to-read list.

Enjoy reading as many articles as you wish without any limitations.

A select list of articles that match your interests and tastes.

Move smoothly between articles as our pages load instantly.

A one-stop-shop for seeing the latest updates, and managing your preferences.

We brief you on the latest and most important developments, three times a day.

Not convinced? Know why you should pay for news.

*Our Digital Subscription plans do not currently include the e-paper ,crossword, iPhone, iPad mobile applications and print. Our plans enhance your reading experience.

2 shot, 1 in custody after shooting at shopping center in Arizona

Patrick Vieira: Nice sack manager after two and a half years...