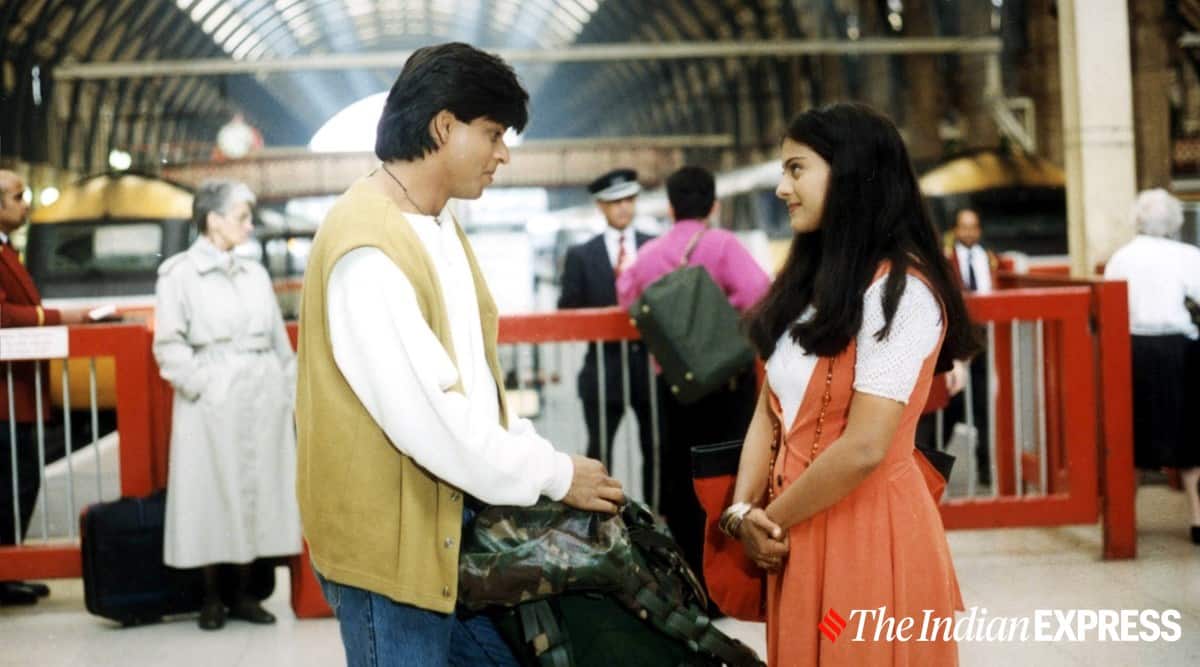 DDLJ scripted history by becoming one of the longest running films in the country. (Photo: Express archives)

Twitter India on Tuesday launched a special emoji to celebrate 25 years of Dilwale Dulhania Le Jayenge, one of the biggest hits in Hindi cinema.

Backed by Yash Raj Films, DDLJ, as it came to be known by, was the directorial debut of filmmaker Aditya Chopra.

The romance drama, which released on October 20, 1995, propelled Shah Rukh Khan and Kajol to stardom and made them one of the most loved onscreen pairs.

To celebrate the occasion, Khan and Kajol changed their names on Twitter to their iconic characters: Raj Malhotra and Simran Singh.

25 years!!! Filled with gratitude towards you for loving Raj & Simran, with all your heart. This always feels special. #DDLJ25 @yrf pic.twitter.com/HHZyPR29f9

I am truly grateful to all the people who made it what it is today.. a phenomenon and a part of their own history. The fans! Big shoutout to all of you♥️#25YearsOfDDLJ @yrf@iamsrk #AdityaChopra pic.twitter.com/ikkKFef6F1

Cheryl-Ann Couto, Partnerships Manager at Twitter India, said the custom DDLJ emoji is a way to pay tributes to the film.

“Today, we are excited to celebrate one of the most iconic Indian romances, DDLJ, with the movie’s innumerable fans on the service. With the new custom #DDLJ25 emoji, we hope to light up timelines with Tweets about this classic,” Couto said in a statement.

Read: The iconic Dilwale Dulhania Le Jayenge turns 25, but how does it hold up today?

DDLJ garnered acclaim and also scripted history by becoming one of the longest running films in the country, with a matinee show dedicated to it at Mumbai’s Maratha Mandir, which screened the film right till theatres were shut due to the coronavirus pandemic in March.

“It’s an unforgettable once-in-a-lifetime moment. We’re grateful and humbled with the volume of conversations around #DDLJ25 and through this special emoji being launched on this momentous occasion, we just wanted to gratify all our DDLJ fans worldwide by adding a little delight to their Twitter timeline.

“It’s just our small way to say ”Thanks” for their unconditional love, over the years,” Gurnani said.

Read: DDLJ stars: Where are they now? | Did you know these 10 things about DDLJ? | Celebs and fans celebrate DDLJ at 25

The production house will also be hosting a DDLJ watch party on Twitter for fans to revisit the film.